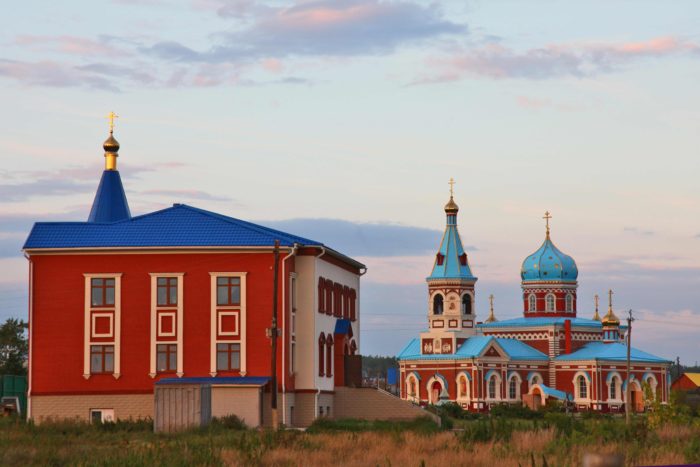 THE NICKOLSKY TEMPLE IN BOLSHEKULACHYE LAID THE FOUNDATION OF THE MONASTERY

Saint Nicholas the Wonderworker is revered in Russia with the Savior and the Theotokos. He is considered as a free intercessor and keeper of the Russian land. Especial love of the Russians to St. Nicholas was expressed in a large number of churches and chapels consecrated in his honor, and one of them is the St. Nicholas’s monastery church in the village of Bolshekulachye.

The main church of the cloister is the third St. Nicholas Church in the history of an ancient settlement founded in 1718 on the banks of the Irtysh River. The modern Kulachinsky church was built in 1902. It is very similar in its architectural design to the church of St. Paraskeva in Omsk. According to experts, the temple was built according to the drawings revised by the same architect who built the Church of St. Paraskeva.

With its rectors and parishioners the Kulachin Church survived the difficult years of war and persecution and has survived to our days almost in its original form.

At the end of the 1980s the abandoned church that was plundered in the times of the godlessness was transferred to the Omsk-Tara eparchy. With the head pastor’s blessing of Metropolitan The Omsk and Tara Theodosius the first restoration work of the church began in 1989 and was completed in 2002.

The Nikolsky Kulachinsky temple has a pronounced Russian style in architectural and stylistic terms. The stylistics of the five-tier iconostasis is based on ancient Russian standards. Nowadays the wall and ceiling paintings of the temple are made in Athos style. The refectory of the church was painted by an icon painter from Bulgaria. The painting under the dome belongs to the masters of the Tobolsk icon-painting school. Under the bishop of Azov, vicar of the Omsk diocese Zosima (Balin), hegumen of St. Nicholas monastery, colored stained-glass windows were installed in the church and a hotel for pilgrims was opened.

In spring of 1991 priest Vyacheslav Klyaritsky, who later became the first prior and Superior father of the St. Nicholas Monastery founded in 1995, was appointed rector of the Nikolsky church of Bolshekulachie.

The Bolshekulachinsky Monastery has become known as a kind of center for helping people in need of social support under the prior Vitaly (Klyaritsky). Drug addicts and former prisoners, socially inept people, who eventually changed their way of life, returned to normal society and got a job. Thousands of people have passed through the monastery, it helped them in a difficult moment.

Nowadays St. Nicholas Monastery is a spiritual center where believers and pilgrims come in winter and in summer. Many of them are attracted by the church service, by the shrines of the monastery, by the holy spring and the history of St. Nicholas Church. The monasterial community is also enriched by people of different ages who want to work as novices. In the Church of St. Nicholas every night, when worldly vanity recedes, the Vigilant Psalter is read. A Sunday school, a library, a cinema hall, a sacristy, and a vestment repair workshop are spaced in the crypt of the church. The Bolshekulachinsky St. Nicholas Monastery in the north and The Achair Convent of the True Cross in the south are the two guards who prayerfully protect the well-being and peace of our blessed city of Omsk.

There are several shrines in the Nikolsky Church: the particles of St. Nicholas’s relics, the blessed Matrona of Moscow, the righteous Theodore Ushakov, the Kiev-Pechersk saints, the blessed Theodore of Tomsk. There is a unique relic kept in the altar: an ark with particles of the Holy Cross and a diploma of 1782 with a heraldic seal confirming the relic’s authenticity. There is also the holy icon of John the Baptist in the monastery which had previously been in a Russian nunnery on the Mount of Olives in Jerusalem for the hundred years. This gift to the monastery is a reminder of the spiritual connection between the Holy Land and Siberia. It is also worth mentioning of the monastery’s icons of the northern, Ukrainian and “fryazhsky” iconography styles of the XIX century which are unique in their icon-painting technique and are very revered among the parishioners.

Currently, the bishop of Azov, the vicar of the Omsk diocese Zosima (Balin) is the prior of the monastery. On January 22, 2019, at a meeting of the Bishops’ Council of the Omsk Metropolis, he was appointed chairman of the board of the archeparchy for youth care. 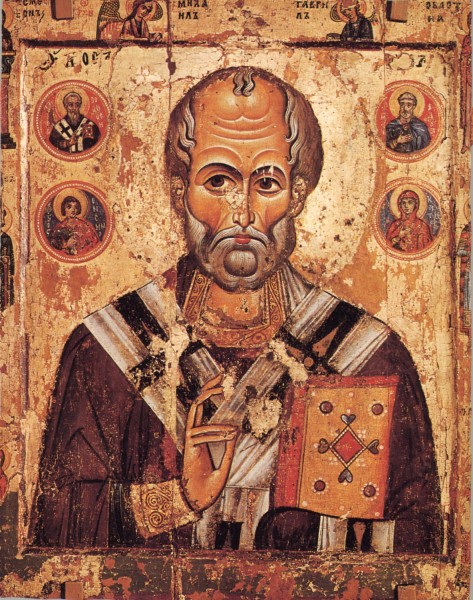